The bridge we know today is actually the second Jones Bridge, and the fourth bridge to span the Intramuros-Binondo crossing. The first bridge to span the Pasig River was the Puente Grande, built in 1626, which stood 100 meters east of the modern bridge. This was followed by a pontoon bridge after the 1863 earthquake, which in turn was replaced by the Puente de España in 1875. This bridge was damaged by intense flooding in the river in 1914. In 1916 the Americans inaugurated a new bridge, more equipped for modern vehicular traffic – and this was the first Jones Bridge.

Designed by renowned architect Juan Arellano, the first bridge was a magnificent work of art. It was neoclassical in style, with sculptures adorning the piers as well as the arches themselves. As one approaches the bridge, two plinths are carrying depictions of the motherland known as the La Madre sculptures. The bridge was a marvel to behold, and the vista around it was equally stunning, with the modern commercial buildings of Binondo to the north of the river, and the parks and neoclassical structures of government in the south, as well as the ancient city of Intramuros. Sadly, the bridge and its surroundings were destroyed during World War II, when Japanese forces blew up Arellano’s masterpiece.

A new bridge was built after the war, but was nothing close to the grandeur of the previous bridge. Fortunately, in 2019, the city government allotted money for the refurbishing of the bridge, which saw the addition of new lights, new lamp posts, vertical gardens in the center island, and a new paint job. It also saw the return of the plinths and the La Madre sculptures, albeit mostly replicas as some original ones are safely kept in Court of Appeals (Maria Orosa St., Manila). This newly refurbished Jones Bridge, a modern landmark of Manila, is a testament to how a city could regain, if it wanted, a sense of its own past. 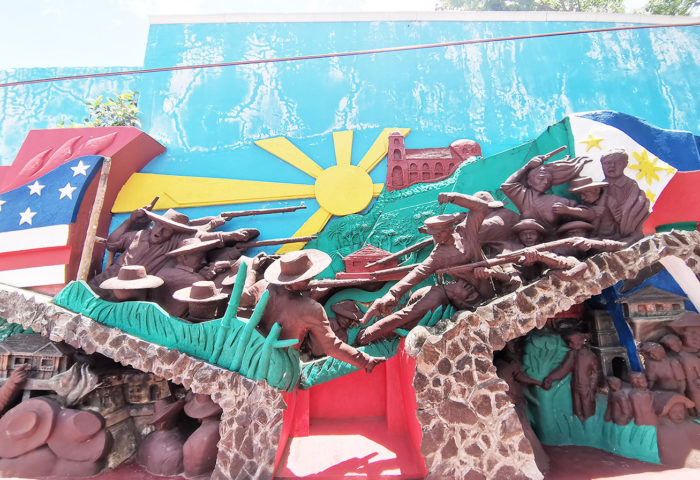 There are currently no reviews for Jones Bridge